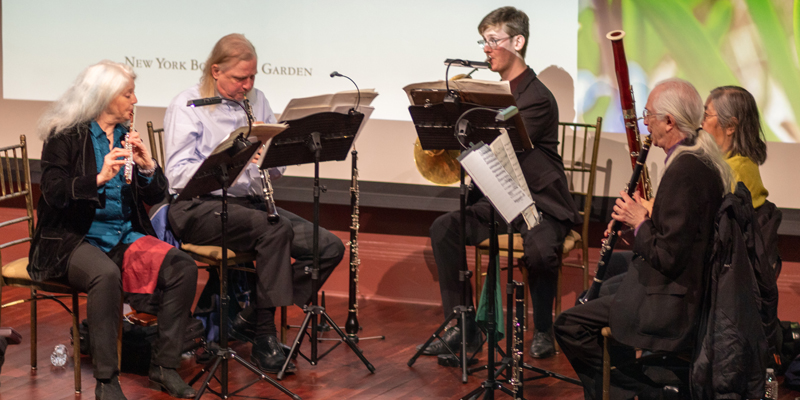 Bring a lawn chair or blanket and picnic and come celebrate 50 years of music in the Bronx. The BAE woodwind quintet will present an afternoon garden concert of the works curated by BAE’s founder, oboist Louise Scribner. Music from Beethoven to Valerie Coleman, a friend of BAE Paquito D’Rivera, Bronx native Oliver Caplan and one-time Bronx resident Béla Bartók.

About Louise Scribner:
Louise Scribner was a freelance oboist in New York and a member of the American Symphony Orchestra from 1963 to 1991. She also performed in numerous freelance ensembles, as well as in Broadway shows, on both oboe and clarinet, and was on the music faculties of Rutgers University (Newark), Horace Mann School, Westchester Conservatory, and Riverdale Music School. She retired as Press and Publicity Coordinator and Production Manager of the Bronx Arts Ensemble, a chamber music and orchestra group presenting about 100 concerts a year, as well as providing teaching artists for Bronx schools. She is a solo performer on several of the recordings of the BAE, for Musical Heritage, Leonarda, and New World Records labels. At present, she still plays the oboe and assists the BAE office as a volunteer. Hobbies include reading, yoga, and race-walking to stay in shape! Her son Andrew is a chemist and teaches general and organic chemistry for Princeton Review.